Arsenal's French midfielder Mathieu Flamini is all set to join AC Milan after passing a regulation medical examination on Monday, the Italian press reported.
Flamini arrived in Rome from London late Sunday in time to have the medical tests the following morning.
He then headed to the club's Milanello training complex for further tests. Gazzetta dello Sport said he was set to put his name to a four-year contract later in the day.
The 24-year-old joined the Gunners from Marseille in 2004 and after being no more than a bit-part player for his first three seasons, he's become a fixture in the first team this season.
AC Milan number two Adriano Galliani meanwhile denied that Flamini was being brought in to replace Italian international midfielder Gennaro Gattuso who has given indications he would like to play in England.
Newly-crowned German champions Bayern Munich also had Gattuso watched on Sunday in the Milan derby against Inter, Gazzetta reported. 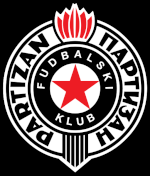 it is really good deal for both milan
and flamini. i dont get it with some people they are complaining abiut
this moved.. its not just about the money it is an opportunity to
playing at the biggest club in the world, it is ac milan we talking
about not chelsea.. it has great history, many trophies, reat culture..
anybody want to play in milan that for sure.. 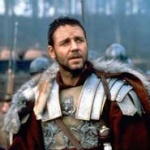 Admin you are right!!!

Fiorentina have today confirmed that they are close to signing AC Milan striker Alberto Gilardino, with an agreement of £8 million being confirmed between the clubs, TribalFootball reveals.
Gilardino looks set to join former coach Cesare Prandelli for the third time at Viola. Prandelli is believed to be responsible for launching Gilardinos career, after after he signed the striker for Parma, after coaching the Italian at Hallas Verona.
Such is Gilardinos enthusiasm to join Prandelli, he has agreed to reduce his £3.2 million salary at AC Milan to join Fiorentina.
Fiorentina sports chief Pantaleo Corvino revealed: There are only a few details. It is practically done, the player has made a major effort in accepting a pay-cut to come here.
Gilardino, 25, is expected to be unveiled at a press conference sometime this week, and looks set to replace 34-year-old Christian Vieri in the Viola strikeforce, according to CalcioMercato.

AC Milan look to agree terms with Barcelona on Zambrotta

World Cup-winning Italian full-back Gianluca Zambrotta could soon be joining the ranks of giants AC Milan, if the club can agree terms with Barcelona.
The difference is two million euros. The player hopes to come to Milan and the Barcelona management is aware of it, said a spokesman from an Italian football association.
But Barca is an extremely expensive 'boutique'. They have no sooner opened the bidding than they are up 30, 40, or 50 million - figures that are not compatible with any budget, he added.
The Italian club last week signed France's rising star Mathieu Flamini, after the 24-year-old refused to sign a new contract with Arsenal.
AC Milan failed to make the cut for next season's Champions League competition after finishing fifth in the Scudetto, and will now compete in the UEFA Cup.

OMG finaly he is leaving!!!
I dont ant to insult anyone but i'am not hes bigest fan!!!

Well actualy gilardino is a good striker but the only thing is, he has no confidence.
maybe because he has a lot of pressure by ac milan because it is a team with a great history and a lot of good players.

I think that they diddn´t need to sell him but lent him out with a team where he can build up.

coz Gilardino and fio coach (prandelli) were a team when they were at parma fc , so prandelli already knew the characteristic of gillardino's playing.

now it is officially zambrotta belong to milan.

Chelsea striker Didier Drogba is reported to be a target for Jose Mourinho at Inter Milan, however it looks like cross-town rivals, AC Milan are ahead in the race to sign the Ivorian who looks set to leave Chelsea this summer.
According to Goal.com, Milan have already initiated discssions to bring Drogba to the red half of San Siro.
Carlo Ancelotti wants Drogba. He does. I do not see anything wrong in a transfer, talks have already begun. Said AC Milan president, Adriano Galliani.
Didier Drogbas potential transfer will not exclude the possibility of Samuel Etoo joining Carlo Ancelottis men. Last week, Galliani revealed that the club will have talks with Barcelona for Cameroonian forward Samuel Etoo while also revealing that the club will look to sign two strikers in the summer should Alberto Gilardino leave.

hi to all , here to post related to the player transfer issue of ac milan

But galliani said that adebayor too expensive for milan

ladies and gentleman .... dinho is coming ..watch out serie A